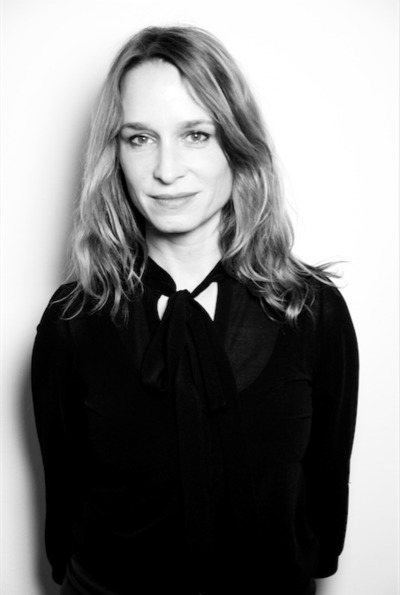 Photo: Pamela Russmann
Mirjam Unger, born in Vienna in 1970, attended the University of Music and Performing Arts in Vienna and got a degree in directing.
Since 2000, she worked as an author and director to create motion pictures like TERNITZ TENNESSE and MAIKÄFER FLIEG, as well as documentary films like VIENNAS LOST DAUGHTERS, OH YEAH, SHE PERFORMS! which all were very successful internationally. In addition to that, Mirjam regularly works for Austrian tv and radio.
For her tv documentary on child poverty in Austria ARMUT IST KEIN KINDERSPIEL, she received the important Prälat-Leopold-Ungar Journalism Award in the category- best tv documentary. In 2015, she was nominated for the Romy for her tv film on C sections and the impact it has on women, called MEINE NARBE.
Aside from her work in film, Mirjam Unger is known as an anchor woman for tv, Radio FM4, Ö1, as well as Gala.
In 2016, she opened the Diagonale Film Festival with her film MAIKÄFER FLIEG, a film version of the autobiographical novel by Christine Nöstlinger. Actress Ursula Strauss received the award for best actress for her work in this very film. Over 40,000 spectators went to see MAIKÄFER FLIEG in Austrian theatres and the film is currently ranked number 3 of the 2016 Austrian film rankings. This film is beautiful in its liveliness, poetry, and the fact that the heads of departments, aside from the sound department, were all held by women, which was a first in Austria. Mirjam Unger received two Romy nominations for MAIKÄFER FLIEG in 2017, for best film and best script. In 2018, 2019 and 2020 Mirjam Unger worked on episodes of the very successful tv show VORSTADTWEIBER.
In 2021 she directed the TV series TAGE, DIE ES NICHT GAB and a TV movie X-MESS alongside the Riahi Brothers.