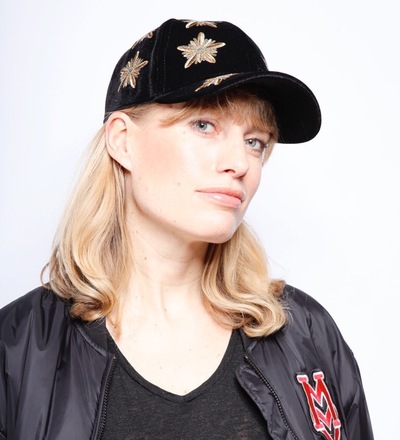 Tina Eckhoff's passion for costume design started at a young age, while creating costumes for her school theatre in Bavaria. One of the reasons Tina loves her work is that it allows her to combine some of her favourite things in life: her curiosity for people's characters and cultural backgrounds as well as her love for fine fabrics and colours. After high school she travelled the world for one year before she went on to study design, with a major in film. She received a scholarship at the Academy of Fine Arts in Spain and spent a year as a guest auditor at the prestigious film schools dffb Berlin and HFF Munich. While working on short films in various positions during her studies, she got the opportunity to work with costume designer Anke Winckler on the feature film SOMMERSTURM in 2003. She realized that the job matches several more of her interests such as travelling, meeting new people and discovering special places. Tht was the moment she finally decided to make it her profession. Anke Winckler became her mentor and invited her to work together on several movies, first as a costumer, and later as an assistant designer. In 2013, Tina made her debut as a costume designer in her first feature film by Thomas A. Szabós DER HIMMEL ZWISCHEN DEN WELTEN. That same year she met an award winning film director Barbara Ott and they worked together on SUNNY, a drama that won more than 40 awards, including the German Short Film Award in Gold. They continued their successful collaboration in 2018 with the movie KIDS RUN, which premiered at the Berlinale Film Festival and they are about to begin preparation on their third movie together, a feature film for Netflix. In 2015, another long-term creative partnership started with director Mia Spengler as they worked together on the film BACK FOR GOOD. After creating this highly awarded movie, they continued their work on four additional films: RIVER OF LIFE: YUKON, shot in Canada, a TATORT in Hamburg, a romantic comedy in southern Germany and the Netflix series HOW TO SELL DRUGS ONLINE (FAST), 2. Season.
Tina loves to work in feature films, series and commercials.
She lives in Berlin.