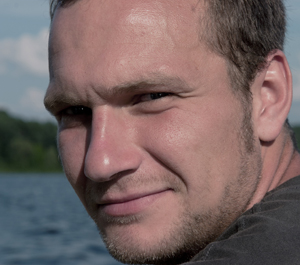 Jurek Kuttner was born in 1983 in Berlin. In 2001 he graduated from high school and at the age of 21 he began to study product design at the Potsdam University of Applied Sciences.
A predilection for spaces and the interfaces between the people who enter them motivated him to apply for the two-year postgraduate course in set design at the Film Academy Baden-Württemberg in 2008. In March 2011 he received his diploma from the Filmakademie , and has been working as a freelance set designer since then.
After assisting Harald Turzer for two years, he shot his first full-length feature film HAUS OHNE DACH by director Soleen Yussef as a set designer in 2015. This was followed by further feature films together with Jens Wischnewski and Stephan Lacant, as well as various television productions such as TATORT.
In 2017, his collaboration with set designer Harald Turzer led him to the visually powerful and award-winning historical drama DER HAUPTMANN, directed by Robert Schwentke, in which Jurek Kuttner worked as art director.
Jurek lives and works in Berlin and wherever life takes him.